Burj Khalifa with a height of over 829.8 m, the tallest structure and building in the world, is nested in Dubai and was inaugurated in 2010. Designed by Skidmire, Owings and Merril’s Adrian Smith, this building took a span of 5 years to make and set several records for its height. Burj Khalifa Park with its theme inspired by the desert flower, Hymenocallis, the observation deck with its virtual reality system and the electronic telescope, and the Dubai Fountain with its ability to shoot water 150 m into the air is illuminated with 6600 lights and 50 coloured projectors,  are few of its significant and attractive features.

Dubai attracts visitors similarly like light attracts beetles. It is best to visit Dubai during the winter months from November to April as the summer heat is usually unbearable and the months of January and February experience strong traffic literally everywhere due to the Dubai Shopping Festival. But while you are in Dubai, you must take your own sweet time to visit the ravishing Burj Khalifa and explore it to the fullest, so here is a compact list of a few things you can do while you are there : 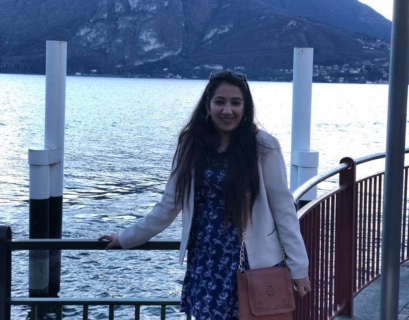 World tour plan, that you can make it happen

Things You Must Do on your Trip to The Andamans

Trip to Andaman and Nicobar Island, which hold a plethora of exciting possibilities for travellers and wanderers seeking a complete new...
Read More →

Hi I’m Neha and I have travelled over 27 countries and extensively in India. Need help planning a trip? Talk to me!